Admittedly, there’s not much progress on this front as I’ve been focusing on the installation.

There’s been a little work done on “Every Woman a Widow.” 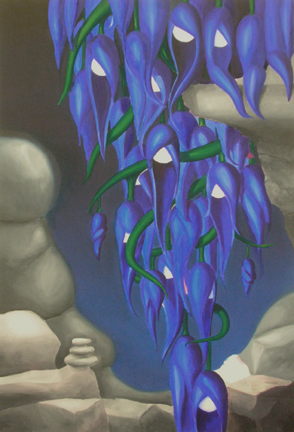 *************************************
I promised that I’d explain the tentative title. Well, I call these things “widow flowers.” In their original black and white form, it was the first gallery sale I had. I’ve always seen girls’ faces with their hair hanging down. Somewhere down the line, I think we all lose a part of ourselves as we get older. For better or for worse. I’m sure some qualities are better left behind, but some maybe not. Either way, the person you were is essentially dead and gone. So the “widow” doesn’t reflect traditional marriage in this case. It represents a loss in oneself. I’m not trying to be a downer here. I don’t think of this as a depressing piece. I would say it concerns acceptance with a tinge of nostalgia. However, take from it what you like.

And here is the second still from the slow, slow progress of a piece I’m doing for the “Urban Suburban;” an auction later in the year benefiting the Epsten Gallery / KC Jewish Museum. It’s super slow, but I like where it’s going… 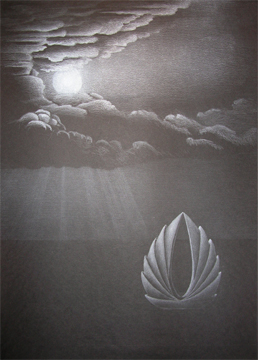